Minerals development in the peripheral areas of Scotland might be considered to be disadvantaged by location. They have the problems of small local demand, high transport costs to external markets, and high cost of importing energy to power the processes. There is also a dwindling local skills base, and concern about environmental issues. David Boyd is one of several people who argue that the opposite is true - that it is possible to turn the various minues into pluses and draw up a minerals strategy in which the peripheral regions of Scotland can be advantaged by location. His approach involves the development of renewable energy and its storage and the return of coastal shipping.

His story starts with Norway, where the minerals industry has grown steadily over the past two decades. In that time the Scottish minerals industry has stood still, and indeed various construction works involve the shipping in of rock from Norway - rock that is also found in profusion in Scotland.

Scottish minerals resources have been investigated extensively over the years by government-sponsored studies and also through locally-funded investigations. A series of reports were commissioned in the mid-1980s from the British Geological Survey by the then Scottish Development Department, dealing with bulk mineral resources that might be exploited. These included hard rock aggregate, silica rock and silica sand, talc and limestone and dolomite.

The reports concluded that there are considerable resources of these materials capable of supplying most end uses and with poential for export through the development of coastal quarries. A further market that has been expanding since then is that for natural stone paving and stone cladding. Many exploitable deposits of high-quality stone exist that could be expanded or re-opened or new quarries created.

Against this come the disadvantages mentioned at the outset. But David Boyd argues that there are solutions. Transport by sea from a coastal quarry avoids the huge costs of haulage over land, but there is still the high capital costs of marine infrastructure. However, he says, shipments of the order of a thousand tonnes are possible using small coastal vessels. It is true that the unit costs may not be as low as for bulk carriers, but the facilities needed are modest, with many options along the coastline, as well as using some existing ports and harbours or bringing back older facilities into operation.

Further, he says, the increasing output from renewable energy systems has created a problem of an energy surplus at peak times which requires storage. Carefully structured quarrying could produce engineered cavers which could be used for hydrogen production. Such a system would have the further advantage of keeping both the quarrying operation and the hydrogen production out of sight.

Further, he says. the construction of various types of renewable energy project requires minerals, for instance concrete and road base, and considerbaly so if tidal lagoons or barrages are being considered. At present the rock for this comes from Norway, but an integrated development of minerals and renewables would mean that the necessary minerals would be produced on site or reasonably near, saving on transport and benefiting the local economy.

His argument is to integrate several different types of development in a way which can be both cost-effective and environmentally friendly, and which can also generate good quality long-term jobs in remote communities, linked to a vision of local development. This would involve regional planning with community benefit to the fore rather than simply being reactive to industry proposals when they come in. It would also involve careful structures to safeguard environmental and community interests.

"We should consider the issue holistically from the point of view of cretaing sustainable communities where people value and are connected to their surroundings but need to have an improving present livelihood and a desriable future" he says. "What is needed are strong technical, democratic and institutional frameworks that promote sustainable mineral development and provide protection of the environment." 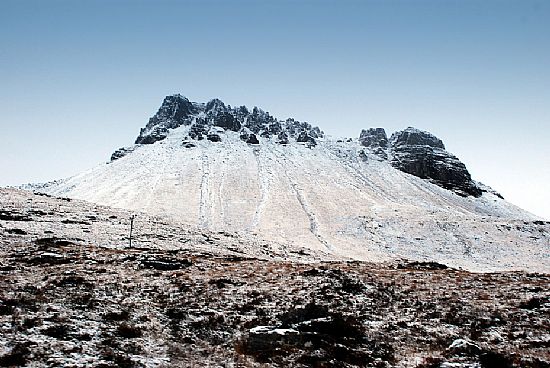 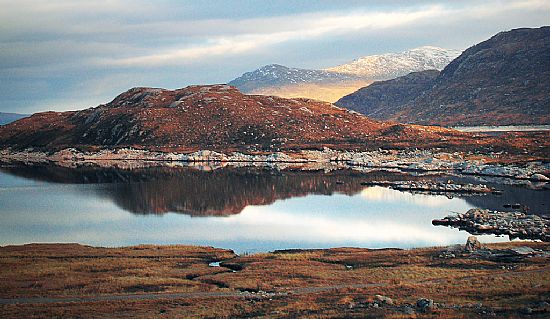